I wonder if there is a word in Spanish for “staycation”? Anyway, that is what I have been doing this holiday break, exploring Costa Rica.  The break started with a trip to some hot springs to help Jana celebrate her birthday. This was then followed by some shopping at the Mercado Tropical (Christmas market) and quite a few trips to try out some new cafés and restaurants. It has been fun to check out all the “we should go there places” now that we have lots of time to do it!

For Jana’s birthday, she really wanted to go to the hot springs, but they are a little far away so we decided to stay the night. I found us a great deal on Yuplón, Costa Rica’s version of Groupon, at a small resort called El Tucano ($50/night for two people including breakfast and 15% discount on all purchased food and beverage). So we took the bus from San Jose to Ciudad Quesada (about 2.5 hours, $3/each, one way) then a taxi from the city to the hot springs (about $16 one way). It was a quiet little place and a nice get-away. Here are some pictures of cool bugs I found and the hot springs. Careful, no love scenes allowed! 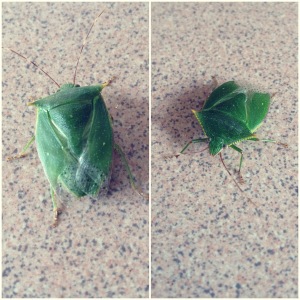 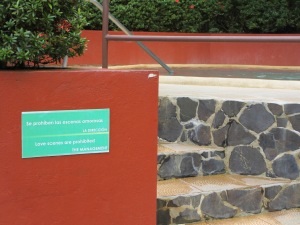 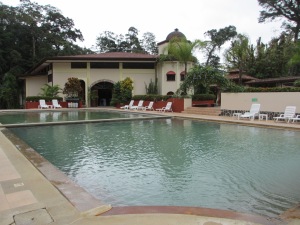 We tried out a new café that just opened up in Escazú, called Mocapan. It is a German inspired Costa Rican cafe. The sandwiches are great, I am looking forward to trying more things there. We also went to a café I have been dying to check out, it is called Café Buena Tierra and I learned about it because I bought some of their natural peanut butter at Feria Verde. Anyway, we had a great time (after way too much shopping at the mall) trying out the delicious cakes (gluten free, vegan!!) and enjoying the wonderful tea and super cute pottery. 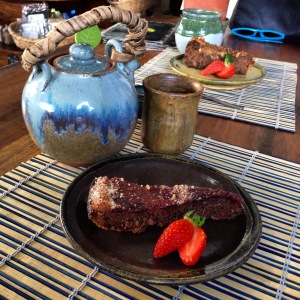 Last Friday, Santa Ana had their annual Christmas parade. Unfortunately, it wasn’t as Christmassy as I was hoping, but it was a fun way to see some local culture. Marching bands are very, very popular here. 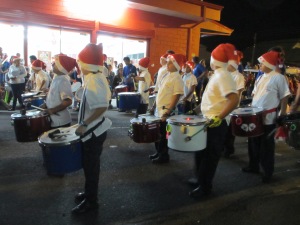 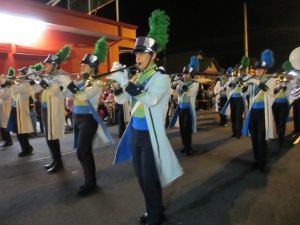 Sunday I happened upon the 8th stage of the Vuelta Costa Rica, kind of like the Tour de France but on a smaller scale. This is the 50th year of the race. It was fun to stand out and wait for the riders to come in, thought it was a little hot! I was about 200 meters from the finish line. It is crazy how fast these guys are riding! 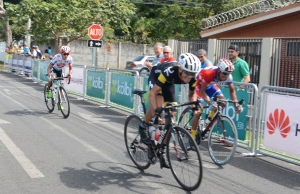 And today is Christmas Eve, I am missing my families in Oregon and Germany, but I am excited for tonight’s Christmas dinner and spending some time tomorrow by the pool. Which, is something I have never done at Christmas before. 🙂 I made a quinoa salad, glühwein and my family’s traditional Red Cake (not gluten free or vegan–some day I will try it GF!).